In a previous life, I was a script-reader for different studios in the film industry. In case you don’t know, a script-reader is someone whose responsibility is to read scripts that are submitted to the studio for consideration. We would grade them for marketability, story, character development, etc.

In reading them, one of the most distinct ways that I could tell the strength of the script was whether backstory was used effectively. In other words, whether or not the story was “shown” to me rather than just “told” to me.

Cut to present day and I am now in the position of making recommendations to brands on how to use the medium of video to achieve their goals. And, like before, I am discovering that I am continuing to make the same recommendation over and over: Show, don’t tell.

Consumers are incredibly smart and remarkably perceptive, particularly when it comes to spotting insincerity. They can point out a business trying to sell to them from a mile away. Thus, when a company is trying to actively say how great they are, there is a great risk that they will fall head first into the wall of inauthenticity.

Imagine meeting a person and the first thing that they say is to describe the type of person they are. “I am fun, action-loving, and tough. I play as hard as I work and, Brother, I work HARD.” Kind of douchey, right? Well, a brand would come off just the same.

Branded Documentaries allow you to proclaim your brand attributes and positioning without outright saying so. You can show, rather than tell.

Take for example the series created by Outdoor Gear company, Yeti Coolers. Titled #YetiPresents, this series of wonderfully produced branded documentaries show off the Yeti spirit and qualities of the Yeti brand by showcasing their very own customers and brand ambassadors.

Did you notice a single product in either of these videos? If you watched closely you could maybe see the Cowboys drinking from a YETI tumbler or the Noodlers grabbing beers from a YETI cooler. Or maybe they sported a YETI logo on their dusty or torn clothes at one point. Other than that, a Yeti product-presence was not seen throughout. Instead, YETI chose to let the characters and their adventures represent the brand. Viewers who watched these videos inevitably have to create a subconscious connection between YETI and that sense of adventure.

It takes a confident to brand to stand back and simply say, these stories represent what we are. We don’t need on-screen graphics or a tagline. All we need to be successful is just inspirational individuals, with wonderful production, that live our core values.

Another great thing that video production documentaries can do for a brand is that they can lend credibility to a topic that would otherwise come across as insincere.

A documentary, on the other hand, can let reality do the talking for you. A fantastic example of this is the work done by Norton in their documentary, The Most Dangerous Town On The Internet.

It is one thing for Norton to say, there are bad people on the web that want to steal your data. It is an entirely different thing for them to create a techno-thriller that says the same thing.

This documentary literally leaves you going, Holy Shit, this is actually happening and who can I call to protect myself? And, since Norton is the one providing you with this information, perhaps they would be the best ones to call.

More so than even testimonials, a documentary such as this one lends credibility to a brand because it comes from the real world. People can lie and stretch the truth. But facts pulled from the world via a documentary like this feel like gospel.

Wrapping Up With Documentaries

Branded video production documentaries are a fantastic way to express the core values of your brand in a way that is genuine and engaging. In a world where consumers are weary of any form of brand offering or communication, one has to be careful not to come across as too pushy or insincere. As such, wrapping your brand attributes in the form of a non-fiction narrative is a fantastic way to add value, inform and provide a platform to entertain your consumers.

Venture is a full-service video marketing agency. We specialize in partnering directly with brands to create high-end and cost-effective video and and digital content for web, social and traditional channels. 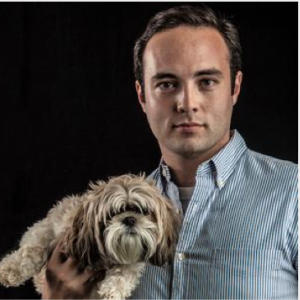